As we know, Sony Electronics has always proved its worth by manufacturing a wide range of high-quality products that are top-ranked in their fields. Now, Sony company is ready to make its mark in the gaming industry with the launch of its new gaming gear brand INZONE.

On June 29, Japan’s Sony company announced a new gaming gear brand, INZONE, which will sharpen the senses and improve the gaming experience for game lovers. Sony’s Inzone lineup has a great package to offer as this lineup is specifically designed for the gamers of Sony’s PlayStation 5 and Windows PCs.

“The market has been expanding with a higher interest in gaming with the spread of e-sports tournaments and the advancements of gaming entertainment,” said Yukihiro Kitajima, Head of Game Business and Marketing Office in Sony Electronics.

He also mentioned “With Sony’s strong history of high-end audio and visual technology products, we believe this new line will offer even more options for those looking to upgrade their current gaming systems. We are committed to contributing to the growth of gaming culture by providing PC and PlayStation games with a wider range of options to enrich lives through gaming.”

What we are going to get from INZONE lineup?

The Inzone lineup will offer two 27-inch gaming displays with incredible functionalities and high-resolution range pictures, and three variations of the headsets with 360 Spatial sound for gaming. This new line of products capitalizes on Sony’s experience as a pioneer in Audio-visual technology by offering features that will completely engross gamers in the game. INZONE, which was created for unique encounters, provides a way to enter an immersive zone that leads to a successful conclusion.

Sony’s first offering from its new Inzone lineup is its gaming monitor, INZONE M9. The INZONE M9, a 27-inch 4K monitor display that offers an IPS panel with Full Array Local Dimming, improves the image’s quality by delivering more sharpened contrast. It also has a 144Hz refresh rate and a 1-millisecond GtG (gray-to-gray) measurement to give you the most precise and closest to hardware level indication of monitor response time.

The brand also claimed that the INZONE M9 features auto-HDR tone mapping, which automatically optimizes the appearance of the HDR colours. Furthermore, if you want to connect the M9 to the PlayStation 5, you will have the feature that allows the monitor to automatically switch between its low latency and picture processing modes when it senses that you are going to play a game or watch a movie. Additionally, with the inclusion of HDMI 2.1 and USB-C ports, the monitor also includes feature support for variable refresh rate (VRR) gaming and G-sync compatibility.

Next to the INZONE M9, the other great product of this lineup is the INZONE M5, a high-resolution high-dynamic monitor. The M5 provides a higher refresh rate of 240 Hz, 1 ms GtG (gray-to-gray) response time and variable refresh rate technologies that will allow players to dive deep into the gaming world.

For the gaming comfort of the players, both M9 and M3 have unique low-depth tripod monitor stands that are designed to accommodate the unique gaming styles of the gamers and their setups. A choice of backlighting colours, adjustable height and tilt, and cable management is also included in the features of the INZONE M9 and INZONE M3.

Designed and developed by Sony Electronics with expertise in Headphones technologies, INZONE H9 and INZONE H7 are wireless headsets with 360 spatial sound for gaming, enabling gamers to precisely detect rival movements and footsteps.

The INZONE H9 also has noise-canceling microphones, which dampen or cancel all the noises that affect the player’s performance.

Both the INZONE H9 and INZONE H7 have a unique design that enables the headphones to reproduce extraordinarily high frequency sounds effects with excellent compliance, as well as realistic low frequencies for an immersive gaming experience. Adding further pros to the list, the H9 and H7 have broad and soft headband cushions that help the players to play games without feeling any burden as it divides the weight evenly over the player’s head.

The last product of INZONE lineup is INZONE H3 wired headset. Same as the INZONE H9 and INZONE H7, this headset has also 360 spatial sound for gaming, which enables the players to detect rival movements more precisely and accurately. The headset also has a flexible flip-up microphone, and the functionality to mute, allowing the gamers to communicate with the other team members without any hindrance.

Sony has designed INZONE H3 with a wide and soft cushion that has made itself ultra-comfortable and easy to use, so the players can play throughout the day and through extended sessions without getting tired. 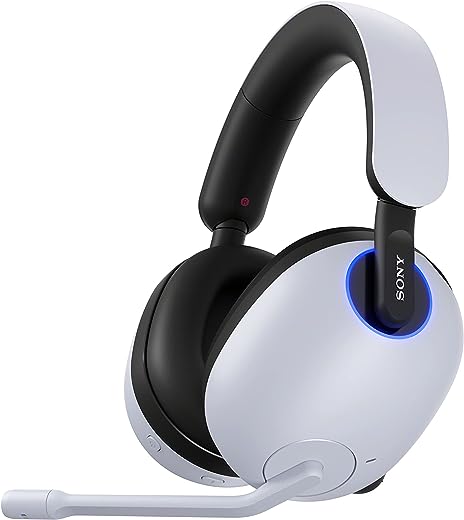 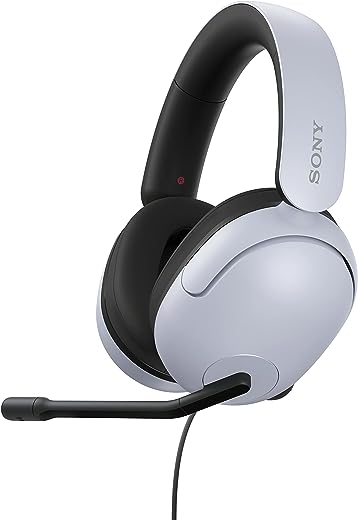 As we have mentioned before, Sony has specially designed this lineup for playStation5 and PC users. The INZONE M9 has auto HDR tone mapping that works best for playSatation5 consoles, as it automatically identifies the initial setup of the monitor and optimizes HDR configurations. The INZONE H9 and INZONE H7 also include a feature for on-screen indication, so the players can easily change and see the configurations on their PlayStation5 screens. The other remarkable feature of INZONE monitors is their ability to automatically switch between game mode while playing games or cinema mode when the user wants to watch movies in the PlayStations5.

For the convenience of the players, Sony has developed Sony INZONE Hub PC software through which players can easily control the INZONE headsets and monitors, allowing the players to customize the wide range of options to personalize their experiences including various settings for images and videos.

Previous: TV Size To Viewing Distance: How Far Should a TV Be Away From You?

TV Size To Viewing Distance: How Far Should a TV Be Away From You?